Egypt
Ahmed Gabr’s record scuba dive 332.35 metres into the Red Sea is the deepest ever. Making a stand for our oceans, he founded an organisation and mobilised 614 divers for the world’s largest underwater clean-up. As a technical diving instructor trainer he is backed by 20+ years experience in sport and military diving; an ex-Special Forces officer, a graduate of the US Combat Diver course, his passion for technical diving began soon after becoming a professional dive instructor in 1996.
Read more Philippines
Alex is a commercial and technical diver. Together with his PHILTECH team, he works in harsh and peculiar environments which allow him to study predispositions to DCS and develop in-water recompression methods for rapid treatment. He has extensive experience doing deep recovery work for valuable objects and victims of drowning at sea. He has trained recovery teams from the Philippines and from overseas. A member of the Filipino Cave Divers, who study and preserve underwater caves, his true passion is cave diving.
Read more France
Alexis Chappuis is a French marine biologist, National Geographic Explorer, technical scientific diver and amateur photographer. He has conducted various marine ecological studies worldwide during his career, logging hours on and under the sea. After spending more than 4 years living and working in Indonesia for an environmental consulting company, he recently co-founded the French-based non-profit organisation UNSEEN (“Underwater Scientific Exploration for Education”). He uses close-circuit rebreathers for the exploration and study of poorly-known underwater ecosystems, particularly Mesophotic Coral Ecosystems (MCEs).
Read more Italy
Beatrice is an active technical instructor on both open circuit and CCR. She holds a Masters Degree in Marine Biology and Oceanography and in 2013 co-authored the book “Biodiving”, a reference guide to the marine life in the Mediterranean. When she’s not teaching, Beatrice gets involved in exploration and research projects.
Read more Belgium
A fellow of the Explorer’s club, Belgium Ben Reymenants is probably best known for his deep dives, his work in the diving medicine and cave explorations. His career spans close to three decades. His exploits and teaching style makes him popular for technical courses. He owns a dive centre in Phuket, Thailand, where he runs technical instructor workshops and deep cave courses in the jungle. He was part of the initial cave rescue team in Northern Thailand, for which he was decorated.
Read more Denmark
Hailing from Denmark, Claus Rasmussen has been involved in the Asian dive industry working as an instructor or dive center manager in Cambodia, Malaysia and Thailand since 2002. The last few years he has been working with Blue Label Diving in Phuket teaching Technical and Cave diving courses. He holds Instructor and Instructor Trainer ratings with PADI, SSI, TDI and DDI. In 2018, Claus was part of the team of international divers who helped bring 13 children out of a cave in Tham Luang, northern Thailand.
Read more 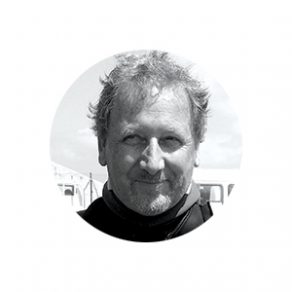 United Kingdom
David is a British engineer and founder of Dive Systems Ltd. He started diving in 1985 in Jeddah, Saudi Arabia, and switched to rebreathers in 2008. In 2014, he set about designing and building his own deep bailout rebreather which became the Proteus P3 multi-purpose eCCR.
Read more Australia
With a background in military, commercial, recreational and technical diving, David Strike is a regular speaker and presenter at regional and international diving events. A former Field editor for Asian Diver Magazine who has authored several hundred articles about diving and organised several world class technical diving events, he is the recipient of the ADEX ‘Lifetime Achievement Award’ for contributions to Technical Diving, and a Fellow of the Explorers Club of New York.
Read more 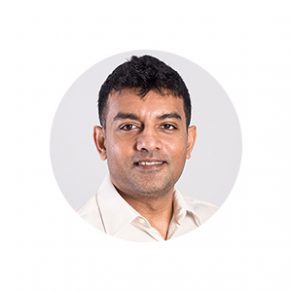 Sri Lanka
Dharshana Jayawardena is a pioneering solo underwater explorer in Sri Lanka. He is the author of Ghosts of the Deep – Diving the shipwrecks of Sri Lanka and has identified the origins of several mystery wrecks in Sri Lanka and discovered its first underwater cave system.
Read more Canada
Gabriel earned BSc in Chemistry, BBA in International Business and MBA degrees from Harding University. He started diving in 1990 and is currently certified as a TDI Advanced Trimix Diver and dives a rEvo rebreather. Gabriel works as Shearwater's Marketing Manager.
Read more 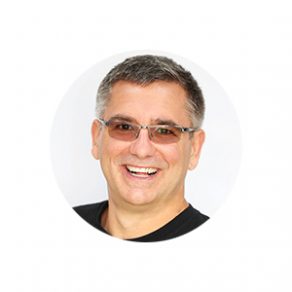 United Kingdom
Gareth Lock is passionate about improving diving safety. Recognised as a human factors expert in diving, he has used knowledge and skills from high-risk domains to create and teach a globally unique programme which change attitudes towards the causes of diving incidents and accidents thereby leading to safer diving.
Read more Singapore
Gideon Liew has been diving since 1984. He began his experience in awe of the diverse environments to be found in Southeast Asia, from pristine reefs to mysterious wrecks. In 1994 he began pursuing a career in the diving industry, working with different operators in the developing experience guiding and teaching from liveaboards and land-based centres. His desire to dive beyond the limits of recreational diving led him to seek further education, to explore new environments, especially deep wrecks in the South China Sea. The GUE approach opened up further experiences around the world.
Read more Canada
Jill Heinerth is a veteran of over thirty years of filming, photography and exploration on projects in submerged caves around the world with National Geographic, NOAA, and television networks worldwide. She is the Explorer in Residence for the Royal Canadian Geographical Society, recipient of Canada’s prestigious Polar Medal and the diving world’s highest award from the Academy of Underwater Arts and Sciences. Partnering with Penguin Random House in Canada and Harper Collins in the US, Jill will soon be releasing four new major-market, non-fiction and children’s books.
Read more USA
Mark is the C.O.O. of Halcyon Dive Systems and a Board of Directors member of Global Underwater Explorers. He has nearly 50 years of dive experience and three decades of diverse business experience. As an avid cave explorer, he has “added line” to many systems in both Florida and Mexico. He is an accomplished entrepreneur creating and leading companies in locations around the world. He has contributed to articles and photographs in assorted publications such as Avian Biology, Time/Life and National Geographic magazine. Mark now lives in North Florida with his wife and dogs, where he continues to teach cave diving and jump out of perfectly good airplanes when given the opportunity.
Read more USA
Michael Menduno is an award-winning reporter and technologist who has written about diving and diving technology for 30 years and serves as the executive editor of Global Underwater Explorers’ (GUE) new blog “InDepth.” He coined the term “technical diving.” His magazine “aquaCORPS: The Journal for Technical Diving (1990-1996) helped usher tech diving into mainstream sports diving. He also produced the first Tek, EUROTek and ASIATek conferences, and organized Rebreather Forums 1.0 and 2.0. Michael received the OZTEK Media Excellence Award in 2011, the EUROTek Lifetime Achievement Award in 2012 and the TEKDive USA Media Award in 2018.
Read more Canada
Nathalie Lasselin is a multi-award winning underwater cinematographer. As a technical diver and instructor, she has filmed and explored deep wrecks, caves and body of water in more than 50 countries including the arctic. Nathalie pursues better understanding of our planet through documentation and shares her concern for our fresh water resources through her films, articles in international magazines, and with event lectures. Her drive is to bring people together and empower them through better relations with their own environment ultimately for a higher quality of life. Her latest project Urban Water Odyssey embraces all her goals and philosophy.
Read more 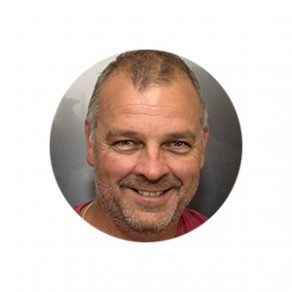 New Zealand
Pete is one of the world's leading underwater specialist photographers. He focuses on capturing wide, panoramic images using various techniques in light painting, time exposures, stitching and off board lighting to capture large wreck and cave vistas. He works full time in the diving industry as a Technical Rebreather Instructor Trainer and is owner of Lust4Rust and Shock&Awe Big Animal Diving Excursions.
Read more USA
Randy Thornton, is a prolific explorer with an interest in cave and wreck diving. As CEO of SubGravity, Randy is intimately involved with the design of closed circuit rebreather systems as well as other technical diving equipment. As an instructor trainer for over 20 years, he travels extensively to offer training in various disciplines of technical diving. Randy currently serves as a member of the TDI Training Advisory Panel and is in demand as a presenter at various technical diving conferences and events worldwide, including TEKDiveUSA of which he is a founding member.
Read more USA
A fellow in the Explorer’s Club, Kohler is an author and shipwreck explorer with 40 years of diving experience. He discovered lost ships such as the Andrea Doria, RMS Titanic, USS Murphy, USS Lagarto, U-215 and U-869. His explorations were detailed in documentary films, television programmes (he hosted 56 episodes of “Deep Sea Detectives” on History Channel) and a NY Times best-selling book, Shadow Divers, by Robert Kurson. In 2017, his first book Mystery of the Last Olympian, detailing his work on the HMHS Britannic, was published.
Read more Indonesia
Over the last 25 years, Simon Pridmore has pioneered mixed-gas deep diving in Asia and been involved in technical diver training, exploration and equipment manufacturing. Today, he writes books for divers, most recently “Scuba Exceptional – Become the Best Diver You Can Be” and “Dining with Divers – A Taste for Adventure”.
Read more Canada
Steve Lewis is a best-selling author, expedition leader, and life coach. He has written several diving textbooks, has served as a training panel member for TDI and RAID, and is a product consultant for equipment manufacturers. A popular speaker and storyteller, this will be his first ADEX.
Read more China
One of the pioneers of technical diving in China, Wu Lixin is a professional underwater photographer who has many accolades to his name. A contact photographer with Chinese National Geography magazine, he has filmed documentaries for China’s major television media such as CCTV. Lixin also works for National Oceanic Research Institute and the Underwater Archaeological Research department.
Read more Indonesia
Yvonne Press is currently the only female TDI Instructor Trainer and Advanced Trimix instructor in Southeast Asia. She is a PADI TecRec instructor and has been managing Two Fish Tech in Amed, Bali, Indonesia since late 2015. She started diving in Scotland in 2003, going full time into diving in 2010. She became a tech diver in 2011, moved to Bali in 2014 and became a tech instructor and cave diver in early 2015 in Thailand. She qualified as a TDI IT in late 2016.
Read more
Copyright © 2019 Asian Geographic Magazines Pte Ltd